Dense fog and torrential rain made this difficult race more so in 2006, with about 21 of the 168 starters retiring before the finish. Apparently 7 runners were recovered by Bolton Mountain Rescue with sprains and/or hypothermia. Having said that, safety was paramount and 37 members of Bolton Mountain Rescue attended.

The surface was very difficult in places.  On the tops an area of about a mile was tussocks in ankle deep icy water, meaning it was slow going and the feet froze.  Due to diseased trees the route was different in 2006 (including an extra trip up to Rivington Pike). Oh and the hills ...

A very well run event, but not for beginners.

course followed the longer route as per last year.  Visibility was much better this year and the sun even shone for a minute or so. Enough snow for a few snowballs but not a huge amount. Only 4 runners DNF.  Once again a demanding course and well run event, with Vince from Radcliffe getting the results out within hours.

The race filled from pre-entries and 211 started, 200 finished. The course was very muddy and boggy, due to heavy rain, and it persisted it down for most of the race.   I had forgotten how many tussocks there are up there.  Big, fat hairy bikers decorated the car park at the start and finish.   One had a tent selling buffs for only £3,50 or 3 for a tenner! Food in the higher barn was excellent, turkey of beef barms were a meal in themselves.  Vince got the results out quickly after the race and Fell Junior put these into a league table almost instantly.  This year I made it 11.8 miles and a clubmate measured 12.1 miles.

Tip: take fluids, its a long way and cramp hits many folk. 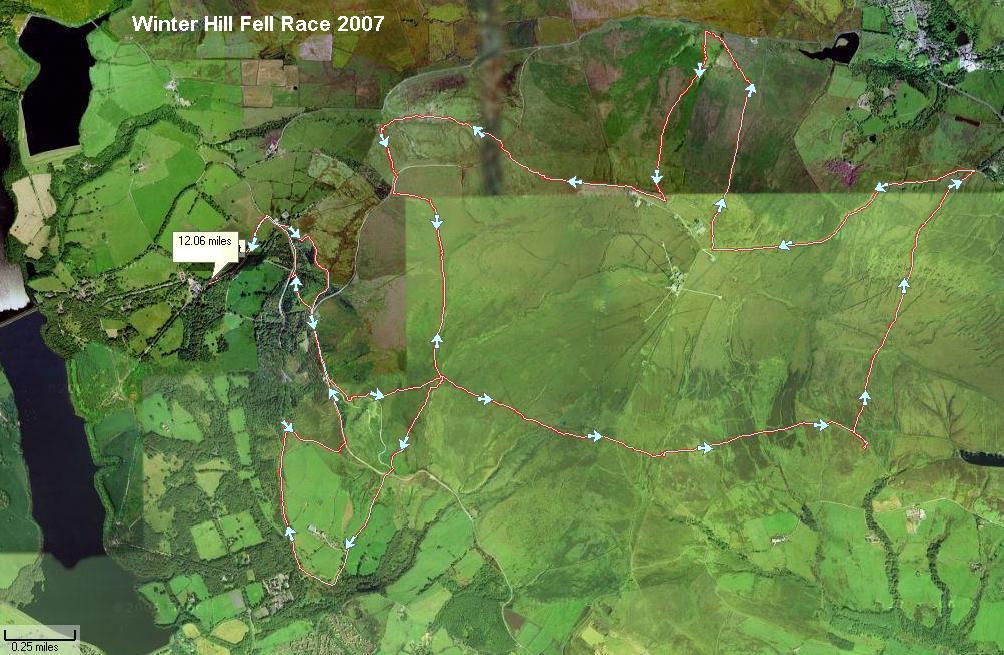