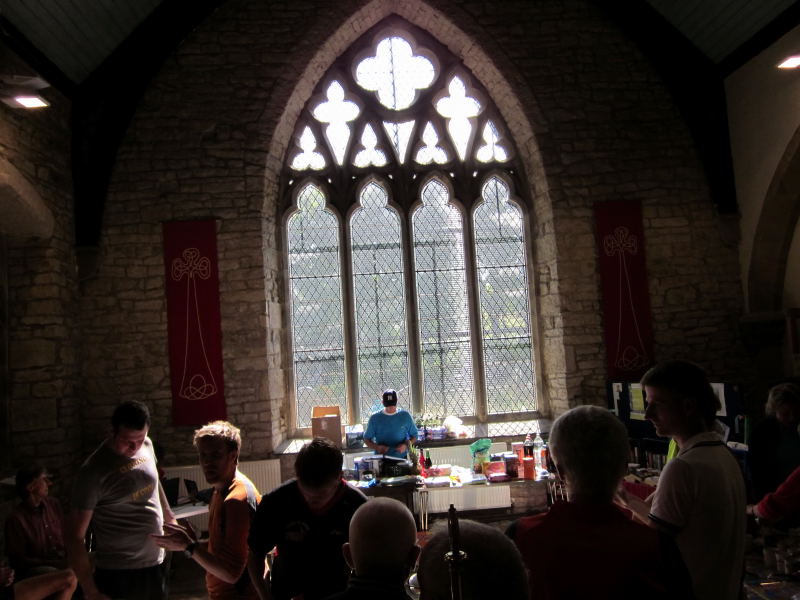 The Right Irreverent Kev 'Shandy' Shand presenting the prizes at the 2011 race
How many races can boast a venue like this and cakes by the lovely Calderbrook Church ladies?

This is a proper hard race.

The 2007 event saw over 135 fell runners turn out for this tough course which left one 2006 competitor with a dislocated shoulder.  She ran it again in 2007, which shows the course has something special about it.

The route is a hard. A slog up, some paths, many bogs, lots of moor, slippery descents and the infamous bottomless bog before the stream.  It caught me again this year, up to my waste.  After that it was commando-style stream crossing, holding on to a fence as you edge sideways through the gushing waters.  The final climb is tough and wet, while the descent is a good long one you can blast.  The big wall at the end provided a challenge.  The ladies from the church who look after us at Blackstone also do the cakes, tea and coffee for this race (50p), in proper cups and all.   Results can be a bit tricky to get hold of so photograph them on the day. A classic race. 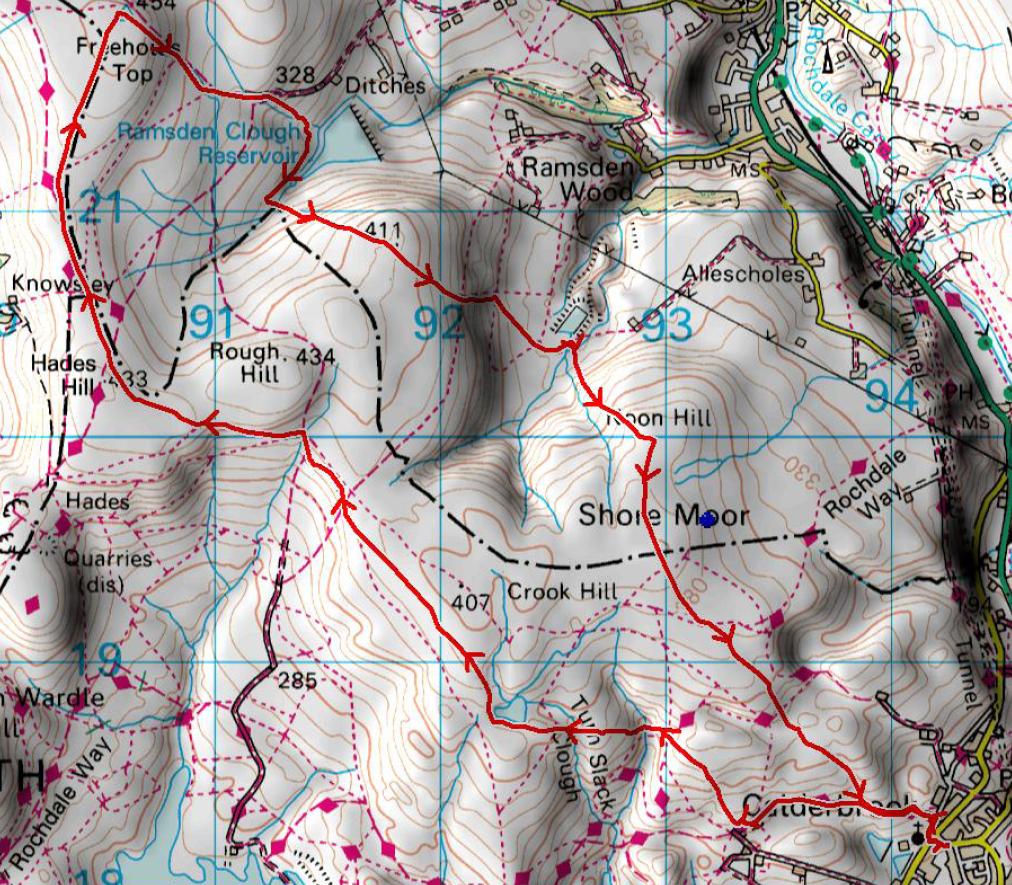 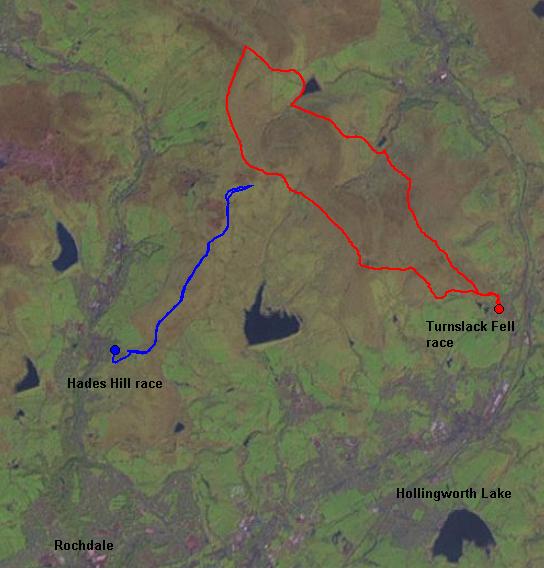