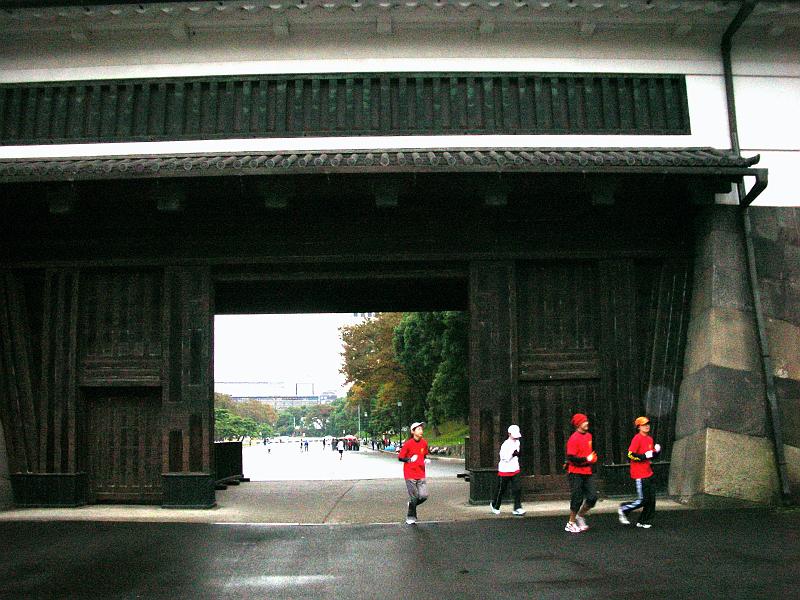 Joggers at the Imperial Palace, running around the periphery is fine.

Running in Tokyo is a bit of a challenge.  Every road junction seems to have from 1 to 3 very smartly dressed traffic officers with pointy batons and a mission: to stop you crossing a road even if there is no traffic in sight.  The Japanese will not cross unless allowed to do so and as a Westerner you feel you must also comply, else prove that we Gaijin are rude creatures.  What this means to a runner is that running on the streets (e.g. to get to a park) is punctuated by long stops at every junction waiting for the smartly dressed baton men to let you cross.

So really in Tokyo the best places to run are the parks and around the Imperial Palace.  The palace has a 5K loop around it and quite a few joggers.  The Japanese didn't seem very fast, probably because they work so many hours they have little time for training.  While running around the perimeter is perfectly acceptable, running into the grounds will result in being pointed and shouted at by one of the smartly dressed men who point sticks.

Aparently Shinjuku Gyoen National Gardens is good for running.  The Meiji Jingu shrine had big gardens and some lovely paths, but I didn't see anyone running there.  There were quite a few Japanese taking their children to be blessed at the shrine (as they do at 3, 5 and 7 years of age).

So in summary, stick to the 5K loop around the Imperial Palace and the parks. 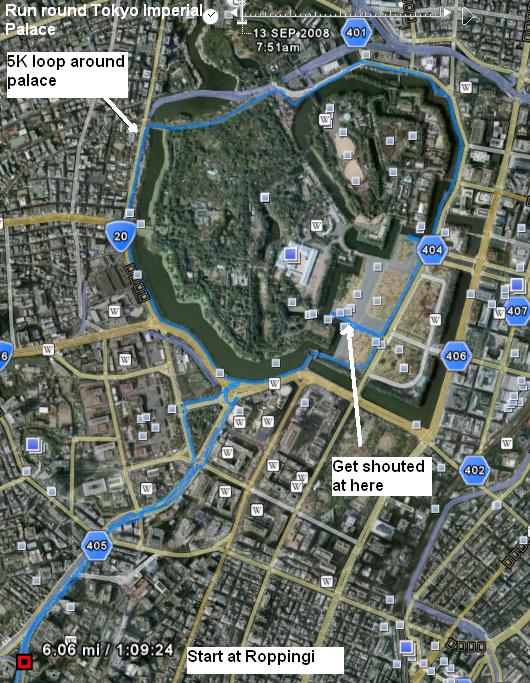 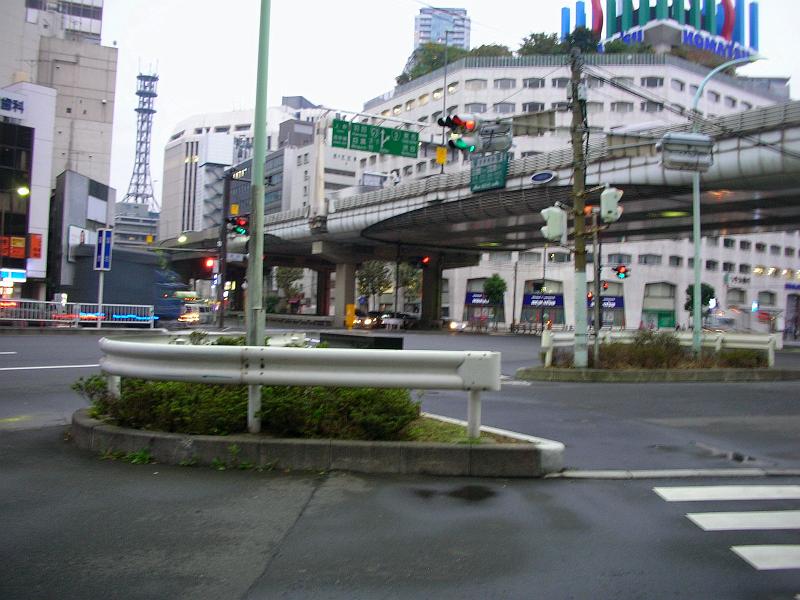 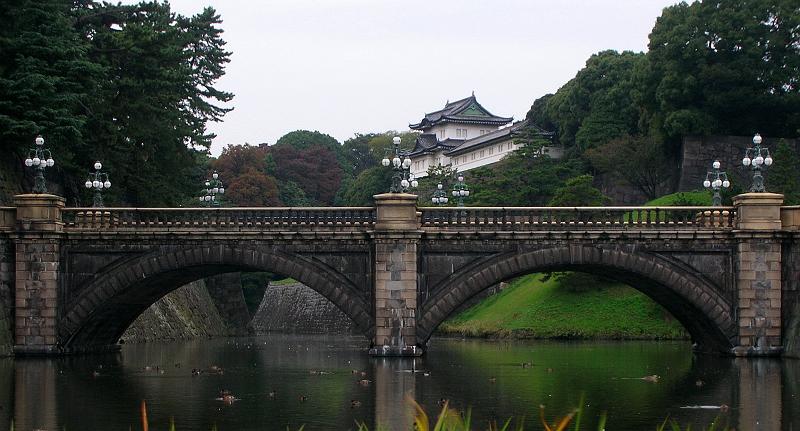 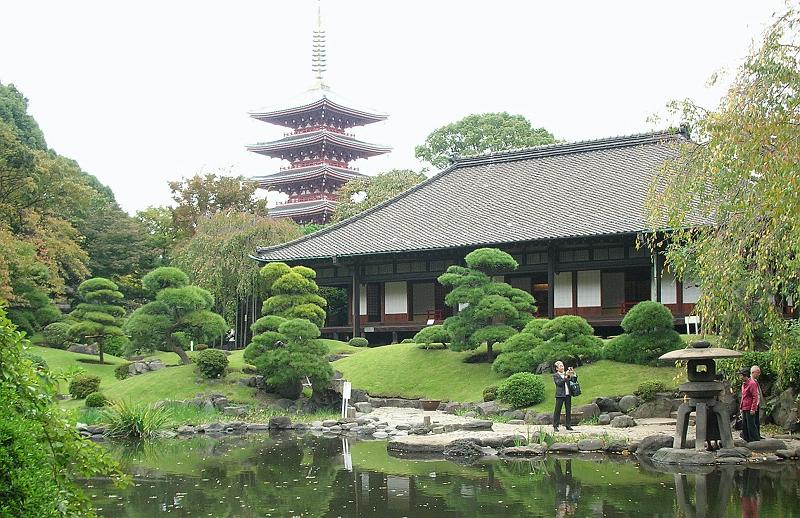 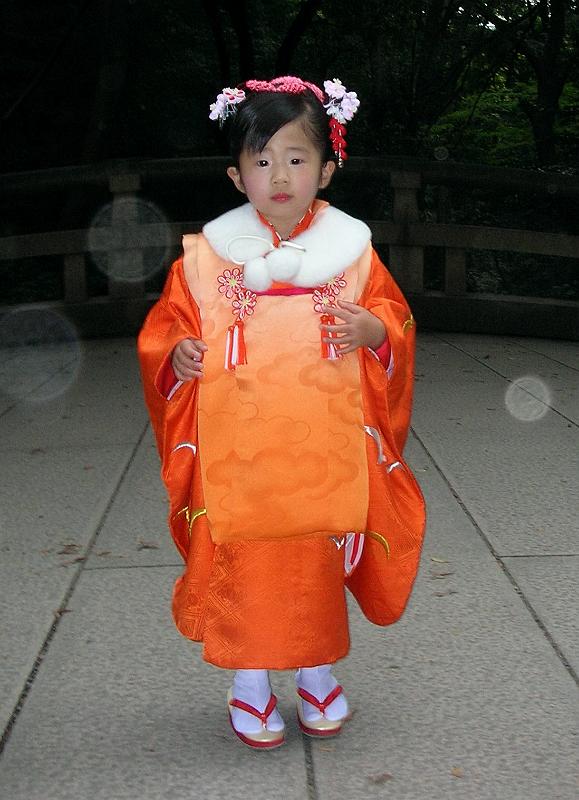 Typical 3,5,7 child about to be blessed at the Meiji Jingu shrine (no runners here despite big park) 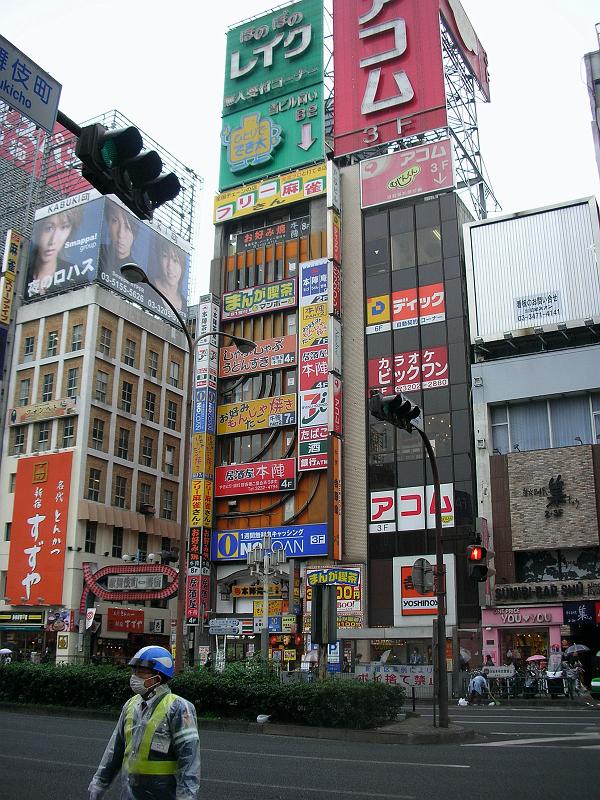 Typical man with pointy baton (not shown) stopping you from crossing the road in Tokyo
(Shinjuku, the dodgey side of town, On the plus side I counted 4 McDonalds here)