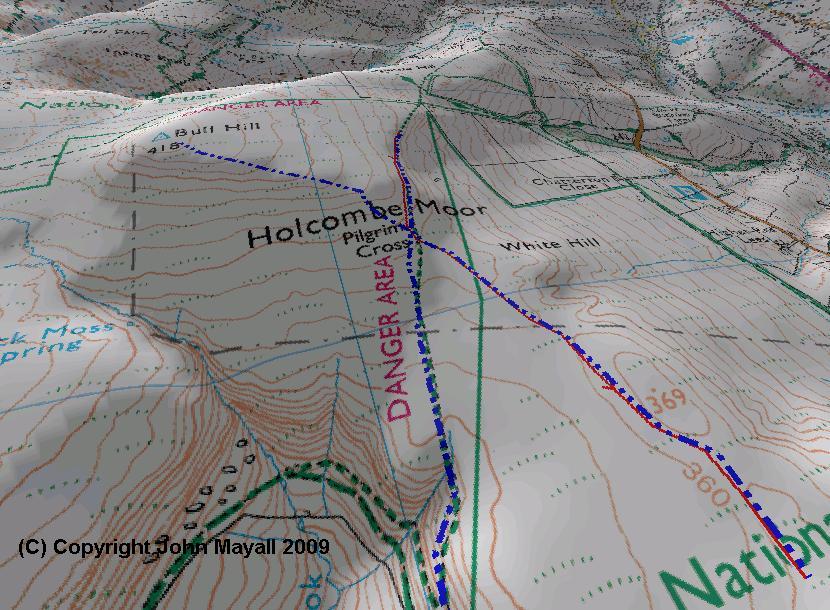 You cross the cross twice

Starts from a mosquito's paradise up a lane near the Italian restaurant, 10 minutes from registration.

The initial ascent is steep, very rough and trippy but runnable. Then its normal rutted paths up and over, overlapping in part with the Bull Hill fell race course.  The course has small tussocks, a very steep grassy descent, a trippy descent and towards the end a tarmac section that just seems to go on and on.  In 2006 the organising club had the great idea to award two pairs of fell shoes at random to folk who went to the prize giving (based on vest number).  Great for the majority who never win prizes for their running performance.  This meant the area for the prize giving couldn't fit most of the runners in.    The pub after could do with chip butties or something to eat.

Over all quite a tough and interesting short course and well organised.

200 starters on a mid week fell race can't be wrong! Very well organised.  This route is runnable for mid packers, making it really hard work as there is no let up.  The runnable nature of the course favours some runners more than others, leading to some interesting results.

Heavy rain before the race made for some slippery slab descents.  Strong winds on the tops made this hard work.  About 150 took part this year. 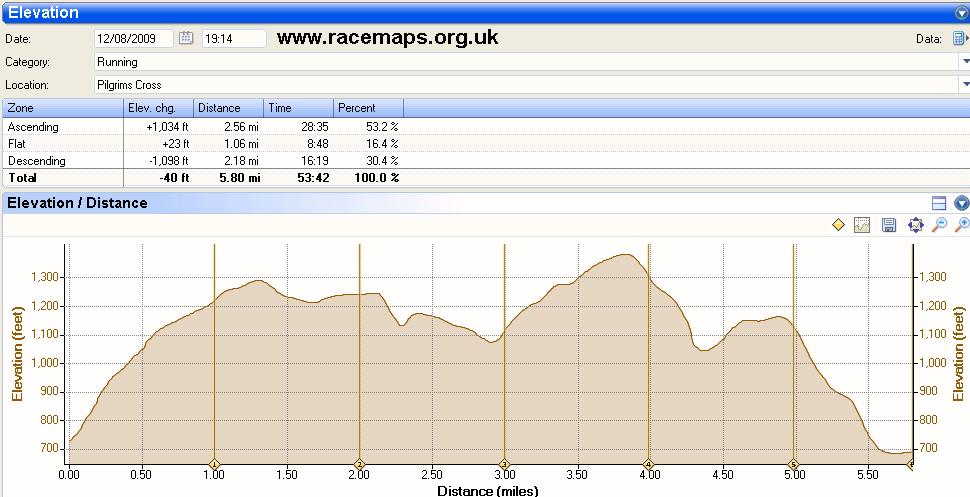 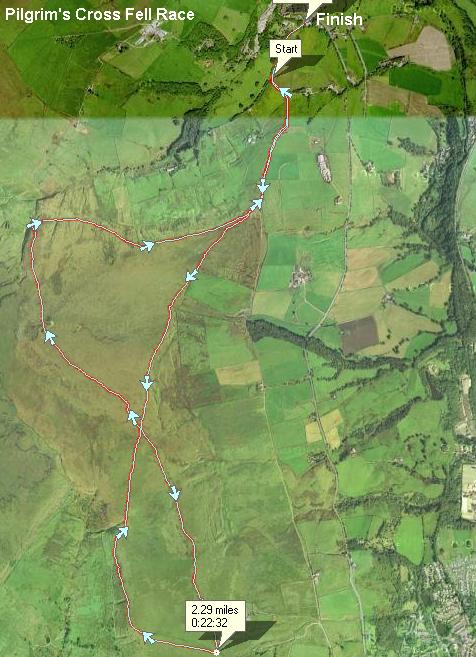