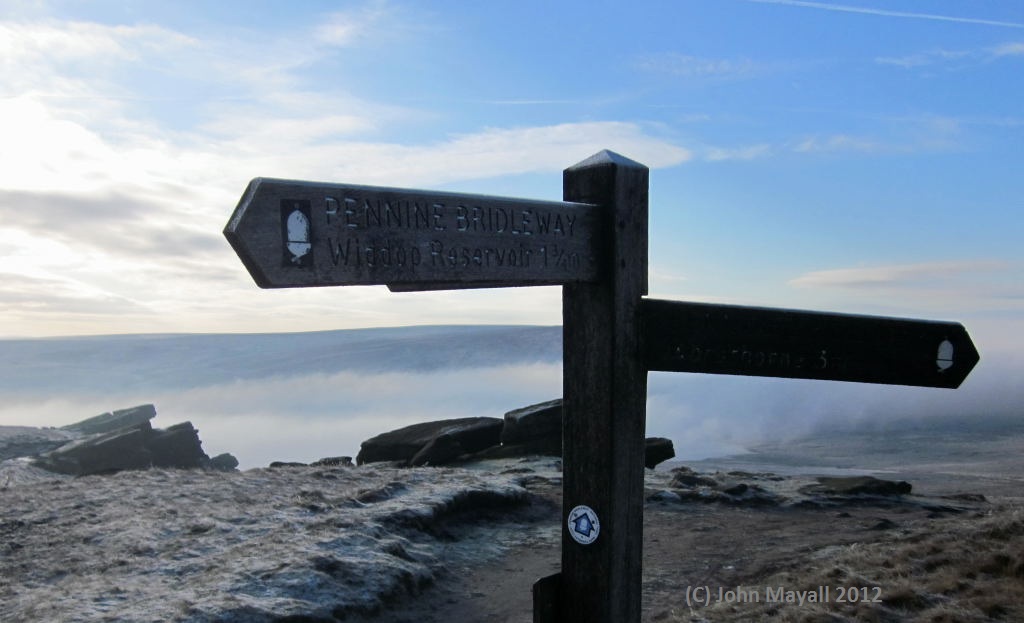 Top of the LONG climb on Leg 2

This is the longest and arguably the toughest leg on the Mary Towneley Loop.   The route is pretty good under foot,
with some serious slogs up hill and two slightly trippy descents.  It felt more than 1560ft.   Some great views of the ressies
along the way.  Parking at the beginning is not too bad but there is not much room at the end.  The final section crosses
a very busy and potentially lethal main road so use the crossing and be VERY careful even though you are tired.
Trail shoes are fine.   In 2011 I raced this in Innov8 Talon 212s and they were great,but my legs hurt for 3-4 days after as the graound was frozen hard.

Make sure all gates are closed behind you. The race was nearly permanently cancelled after the 2011 event when the landowner on Leg 2 withdrew permission following a complaint from a tenant farmer.  The situation was recovered after delicate discussions between Lefty and United Utilities, but the race's future remains on a knife edge and we must respect the race rules (including gate closures!) else it will be cancelled for all eternity. 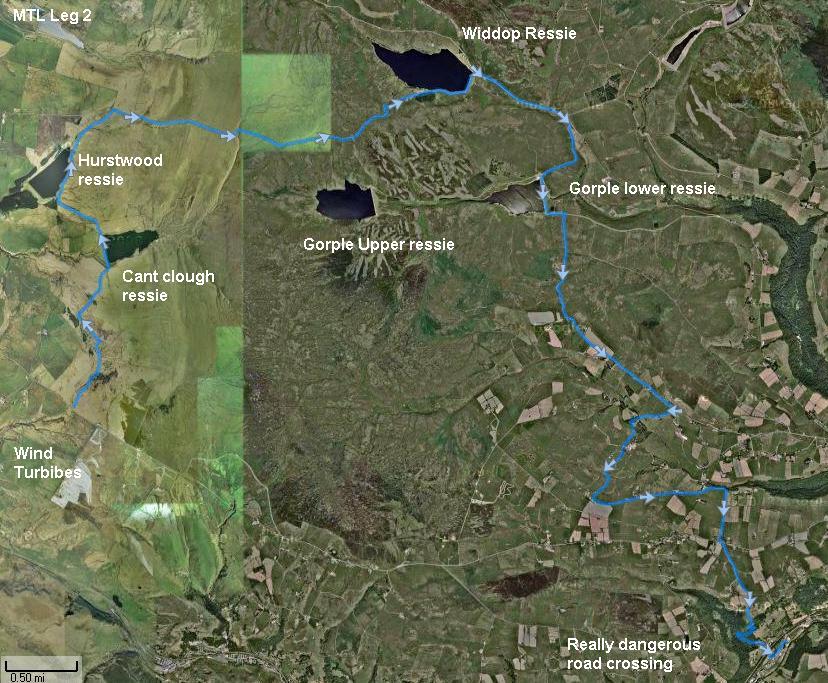