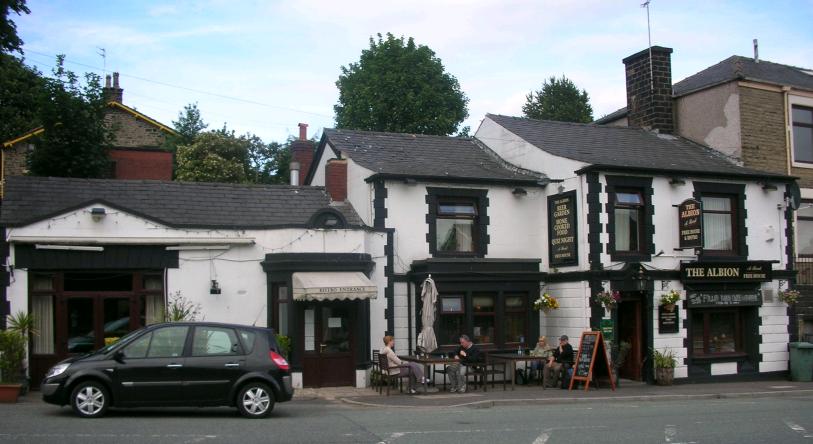 Picture of the Albion pub. The more observant will spot top race photographer Ian Slater (author of the pics
linked to below) and his lovely wife sitting outside on the right.

The Healey Dash races are charity events organised by Andy O'Sullivan MBE and run with assistance from Rochdale Harriers & A.C.. That means Colin Robinson and Joe Salt to you and me (more modest athletes you will never meet). The races are run for good causes, for example Davina's Dash (Davina R from Rossendale Harriers) and in memory of a well loved, retired local school teacher and athlete inspirer John Metcalfe.

This particular trace was taken at the John Metcalfe memorial race.  John was a chap who sadly died in a tragic motorbike accident earlier this year in New Zealand.   The monies raised went to cancer research.  His newborn grandchild, Jonte, and his lovely daughter Sarah and son-in-law Duncan, were an inspiraton to all.

The course follows the Brown Wardle race for the first part.   Up the steep tarmac road, up the uneven and trippy streamy path, but then diverts right to the small ressie.  Then its two laps round the ressie and back to whence you came.  Although its only 2.9 miles the ascent is a tricky one to pace and its quite a punishing blast.

At the John Metcalfe race there was a guy from Birmingham who was running his 31st race in 30 days. He said this was his favourite, not because it was his last, but because of the exceptionally friendly and comfortable low-key atmosphere.  That said it all.  It was nice.  As with all of Andy's races they are just bloody good fun and a refreshing after a boring day at work.

Height Profile of Race (by OS countours not GPS) 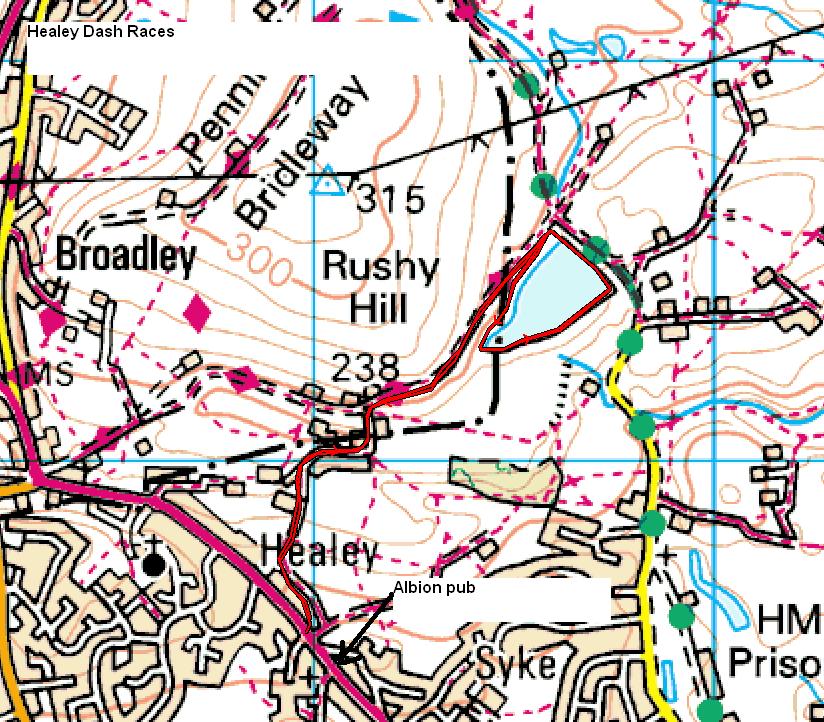