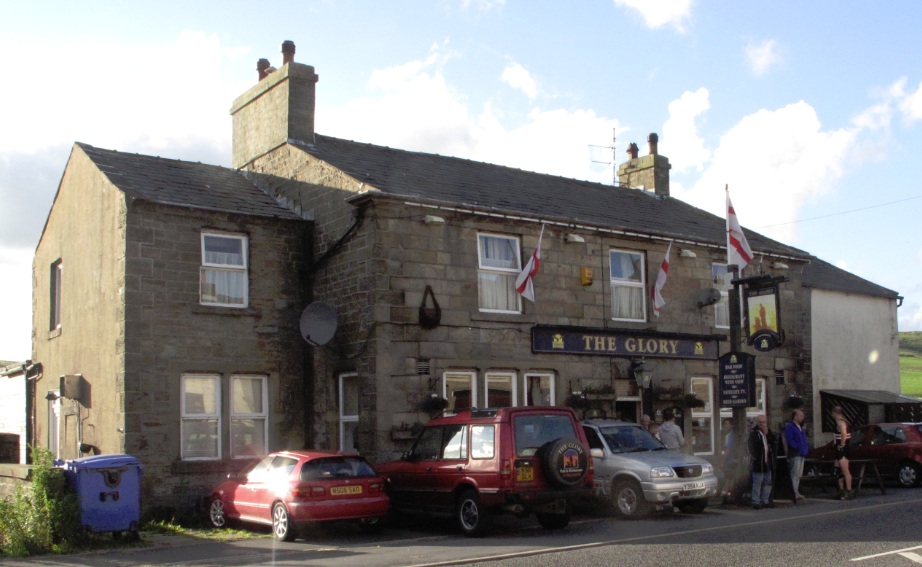 This race is named after the golf ball shaped radio transmitter thingy above the quarry at the final descent.

Turned up thinking 5 miles and only 900ft was going to be a doddle.  It wasn't.  This is a little toughy with a bit of everything.  The steep downhill stretch on tarmac below the golf ball is a killer in fell shoes and made the old hip sockets feel like someone had put a food mixer in them.

The event was very well run by Rossendale Harriers with loads of prizes.

The 6 weeks rain of biblical proportions made for some lovely bogs and mud on the course.  About 182 started the race and again it felt a lot harder than the stats would suggest.  The day after this race the hose pipe ban was lifted.  Results were out next day and facilities at the 'Morning Glory' pub were excellent. 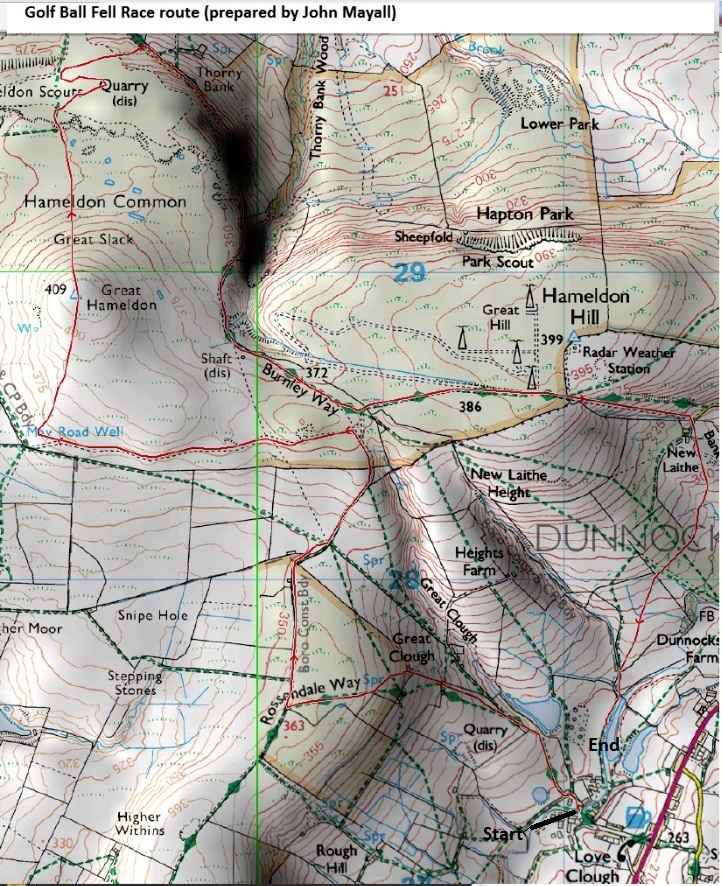