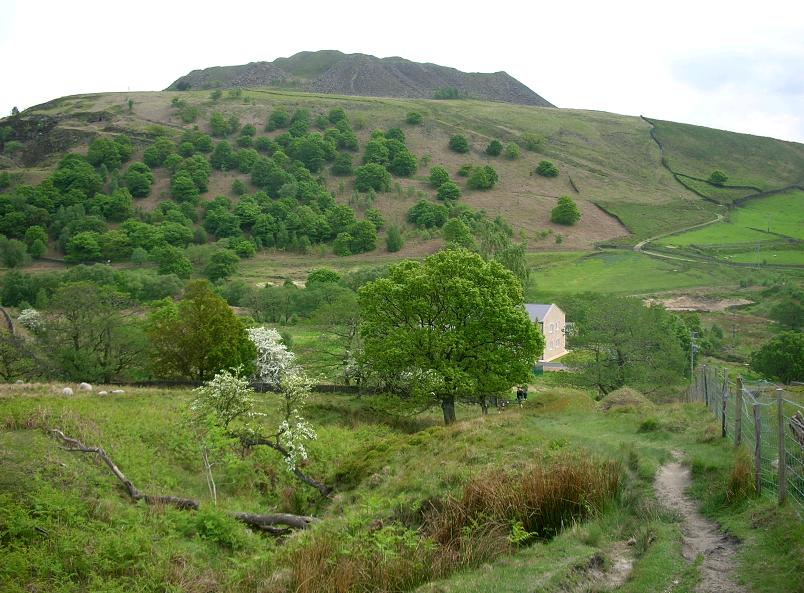 You run up the path on the right, towards the camera

Extremely strong winds buffeted the runners all the way round this year, particularly on the ascent where many folk were bent double to minimise the impact.  The wind had a plus side though, much of the peat are along the top had dried out making it more runnable.  Just the occassional peat bog caught the unwary runner up to the waist.   This time I ran in trail shoes because it was so dry (Mizuno Wave Harrier, see below) and they were fine.  The start and finish are now on the campsite.  This is a hard but well organised race.  There were sub-zero showers available and a van selling very nice burgers, bacon and egg barms, with brown sauce available, and hot coffee (60p).

Beautiful area - hard course - streams with slippery slate base, sheer drops adjacent some paths, bog areas, peat areas (sink to knee depth), uneven rocky descent and mist obscuring flag markers.  Flag markers too far apart for misty conditions.  Two runners gave up by trig point and quite a few experienced runners got lost in mist.  82 runners started, 10 retired. Some runners overshot, descended too far along and crossed the finishing line from the opposite sides! 1 hour after most had finished there were 5 runners were unaccounted for. The last two runners appeared 3.5 hours after the start, just before Thunderbirds International Rescue were summoned.

Good shower and toilet facilities at the YHA with free soup and coffee included in the £3.50 entrance fee.

Great run but not for feint hearted. 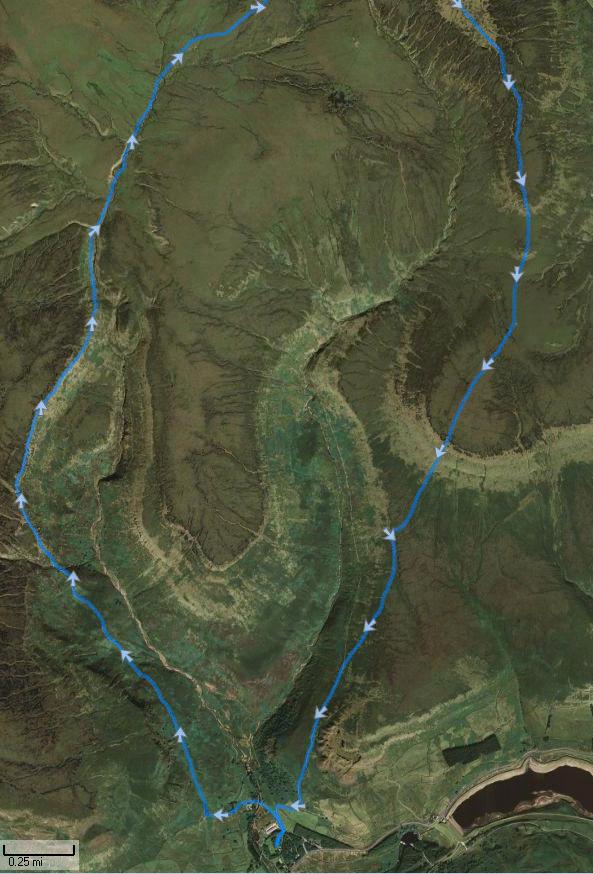 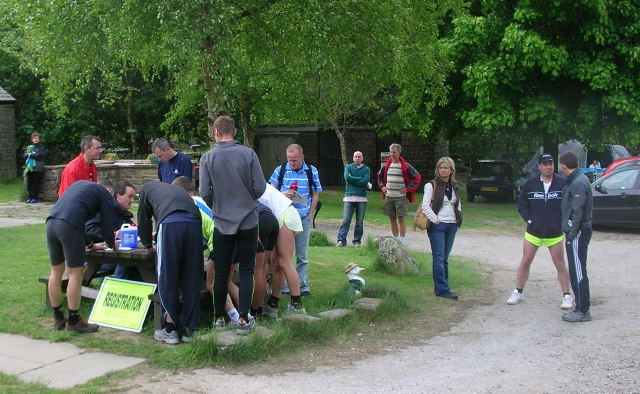 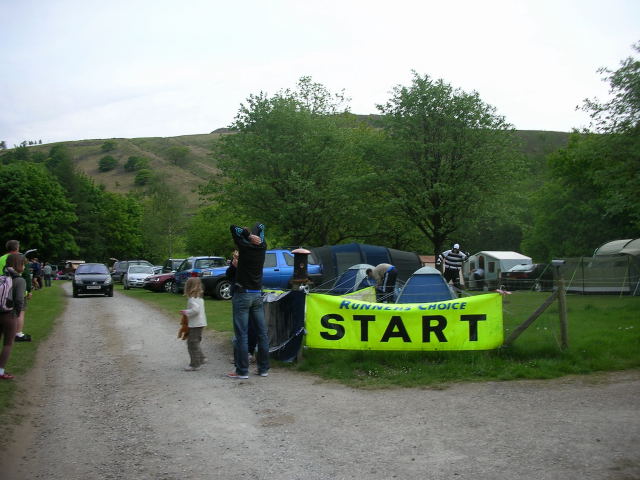 The hard work over 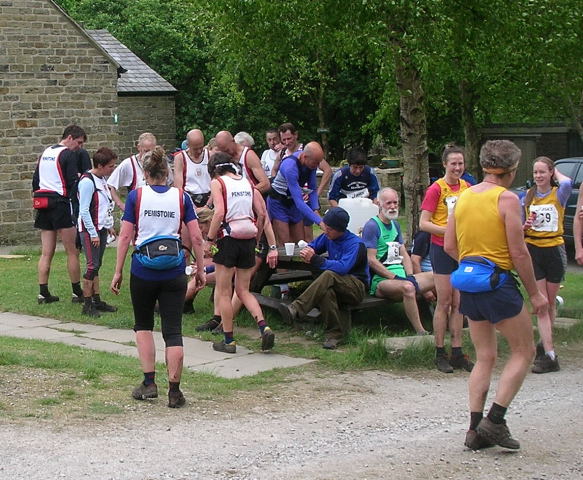 Remember to take two of these 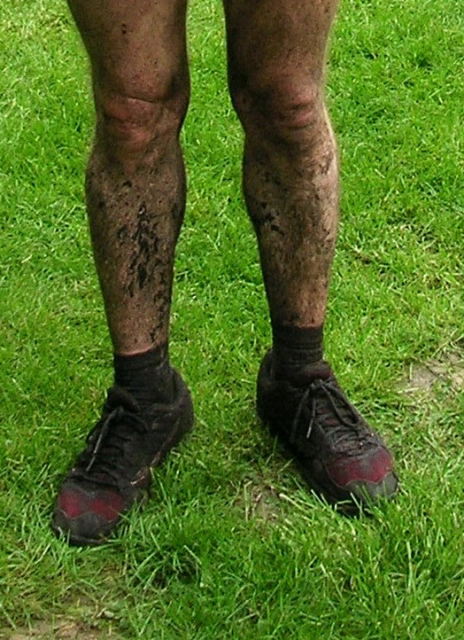