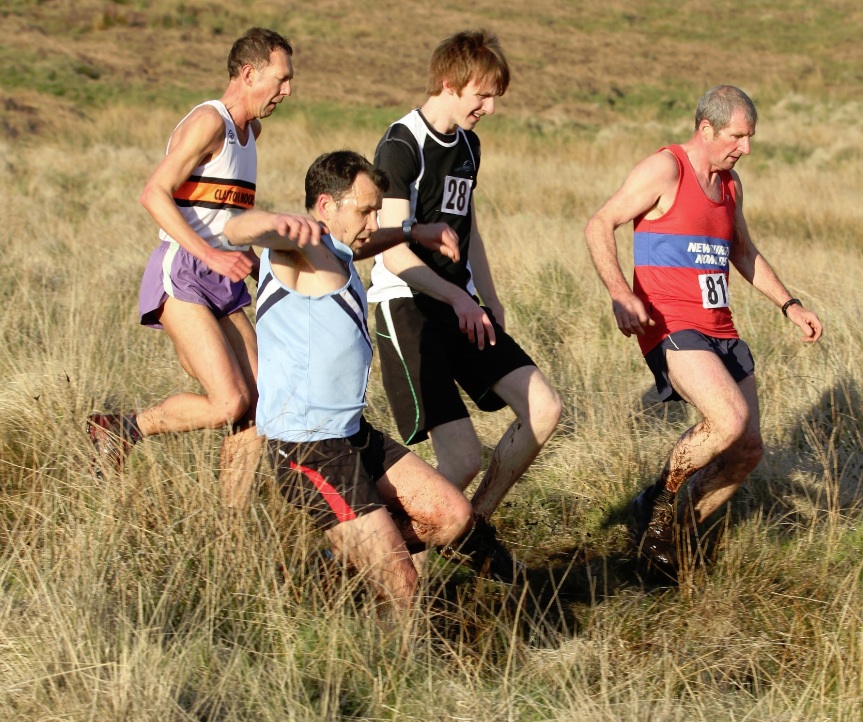 Registration is at the farm up the path going left too right (see below).  The course goes along a short stretch of road (the bus kindly waits for you) up a muddy path, through a bog and down, then there is a long, steep climb up to the black rocks you can just about see on the skyline from Rochdale.  Then its rock hopping for a while, down the steep tussocky hill, up through the bog and a fast sprint on the path home.  At the finish line Kev puts on orange squash and provides 3 luxurious foot spas for the fell runners to cleanse, deep into the pores, reaching the parts only a bucket and sponge could possibly reach.  Prize giving is in the barn.

Seriously though, this is a great race. Its steep but not too long so anyone with the right shoes can do it.  Kev Shand puts on plenty of prizes and Brenda and Colin Robinson brave the elements to do the time keeping.

Despite the initial panic, power was restored to the barn and the Church ladies were able to brew hot drinks to go with the fabulous cakes.  For the first time in my experience the bus didn't turn up at race start.  The weather was fine and the bog of eternal stench particularly hungry for meaty legs.  The strangest of hazards occurred this year - sun in your eyes on the top and during descent.  Its never happened before and I dare say it'll never happen again.  A good turn out of 102 finishers and plenty of daft prizes, including a water pistol and the coveted bag of bog rolls.

The car said it was 10 degrees but when you dared to open the door it felt much colder, what with the gail force wind, and that was at the bottom. 90 turned out this year, including a good number of ladies.  The ascent was difficult with the wind in your face and the bogs were not just boggy, they were M&S boggy.  This might be the last year the proceedings are conducted in the barn, but fear not the plan B is a tent in the kind farmer's field.  Unable to perform a thorough review of the cakes due to important footy match on tele.

2008 UpdateThe field was large and of the highest standard as this was a 2008 British and English Fell Racing Championship event.  Results and Pictures and Youtube videos .More details as follows:

2007 UpdateThe bus turned up 7:30 sharp and waited for the runners to pass as usual.  The ladies from the church also showed, with a fantastic selection of cakes and lashings of hot tea, helping make a great atmosphere. Colin and Brenda did the time keeping brilliantly and helped set up the barn.  The tops were obscured by mist and this made following those in front more tricky, and despite clear flagging the mid pack started to descend the wrong side of the wall. They had to run back up and descend the correct side, making for some great battles mid field.   The surface was soft but not too bad actually in the right shoes.  There were quite a few muddy folk and the odd bloody knee.  This was a little cracker of a race with 119 finishers.  Bring on Turnslack ! (Kevan's other race in July).

The results in 2006 were available on Tinternet by the next morning, thanks to John Hey. In 2006 the turn out was  lower than normal because the race details didn't make it in time to get into the hardback FRA calendar (and due to awful weather, which apparently is very unusual for this event)

The main climb up to the blackish stones (picture by Ian Slater, 2012) 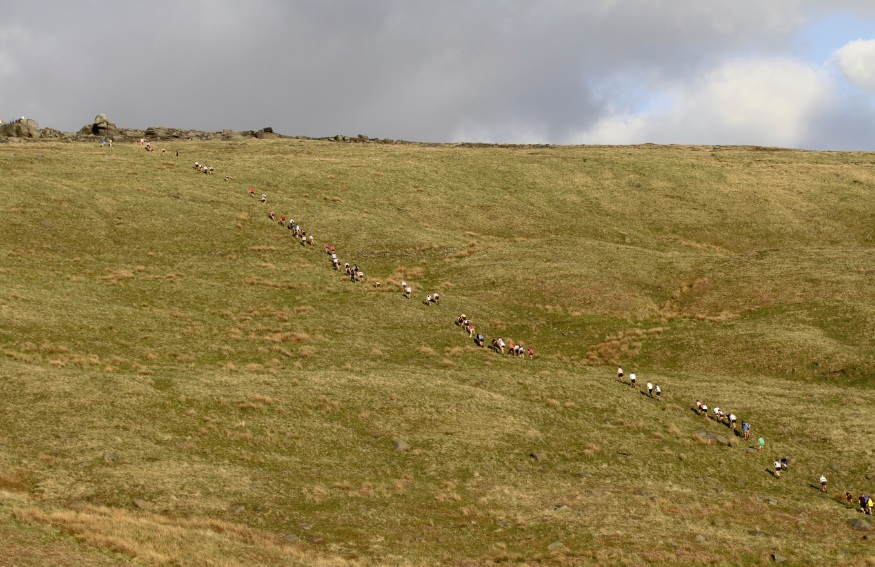 View of Blackstone Edge, May 2006 (note stones on horizon) 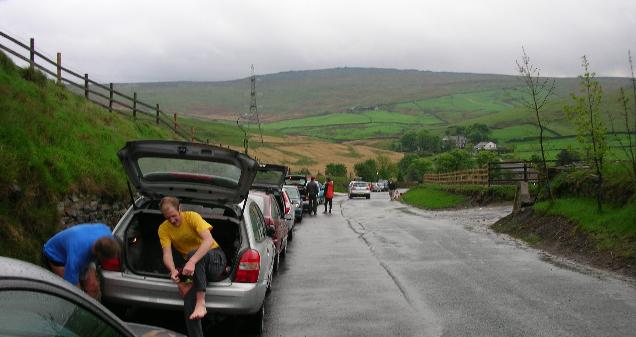 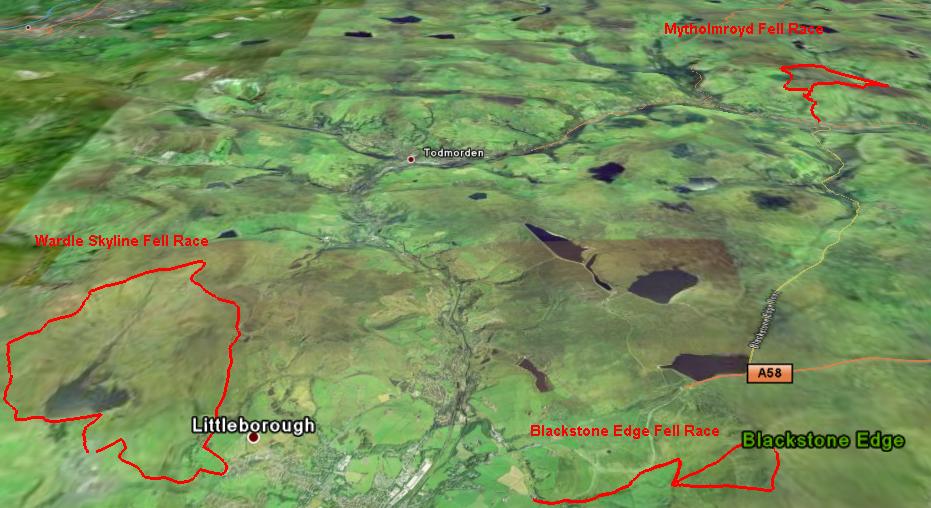