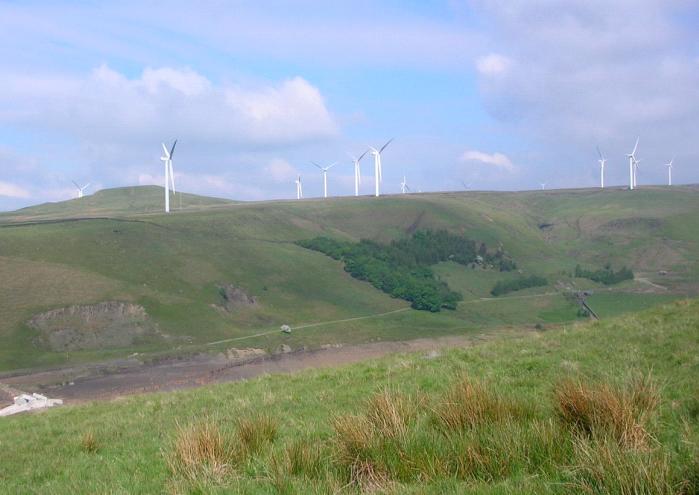 A cracking course, with three climbs, two mostly runnable and the middle a scramble.
Beautiful views along the way and chip butties in the Brown Cow afterwards.

The route changed slightly in 2009 (see picture at bottom).  Also with effect from 2011, the descent after the first wall climb is different, taking you through a gate and down the steps, bringing you out at the foot of Naden Higher reservoir (overall race distance unchanged). 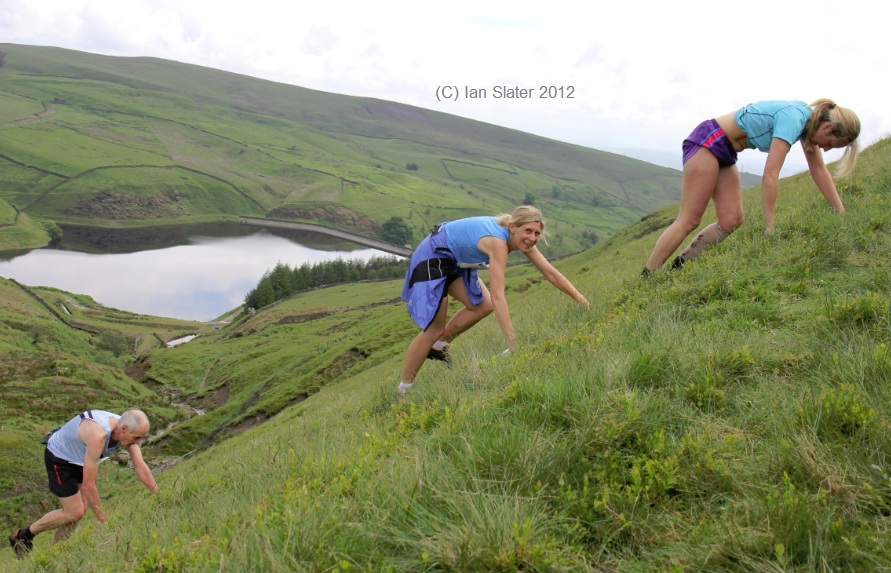 The scramble (picture by Ian Slater) 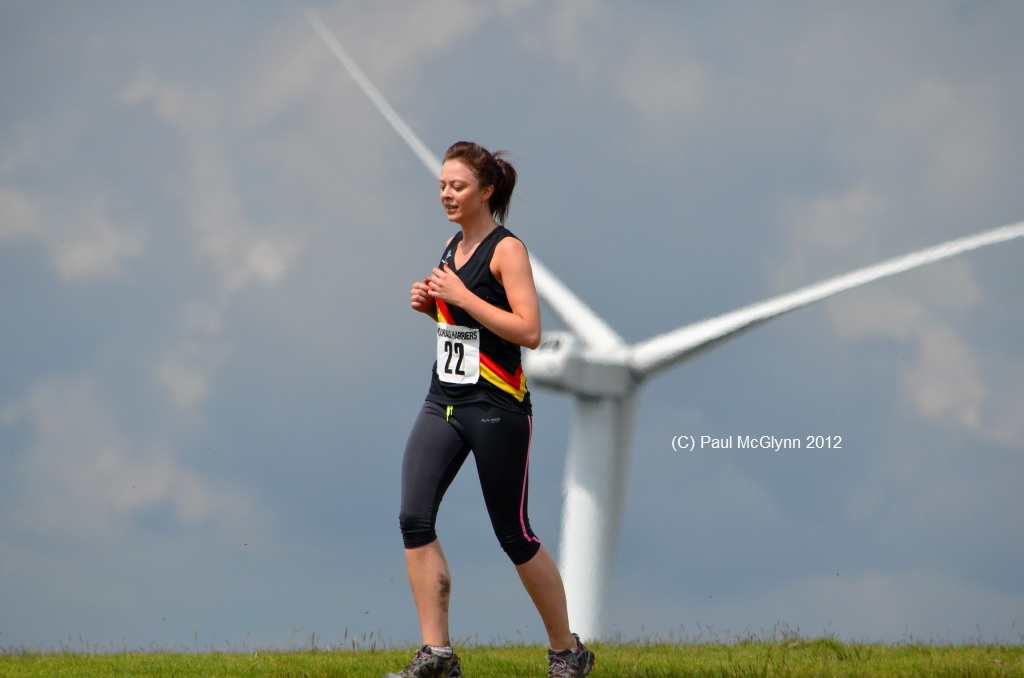 Due to heavy rain in 2012, the decscent from Knowl Hill was changed slightly.  Instead of going through the muddy woods called Lady lee, we descended on the grassy section just after the woods.  The views were stunning and best of all we had a very noisy reception comittee chearing us on at teh bottom, near the reservoirs.  For anyone watching there, were insect repellant because the midge are viscious! 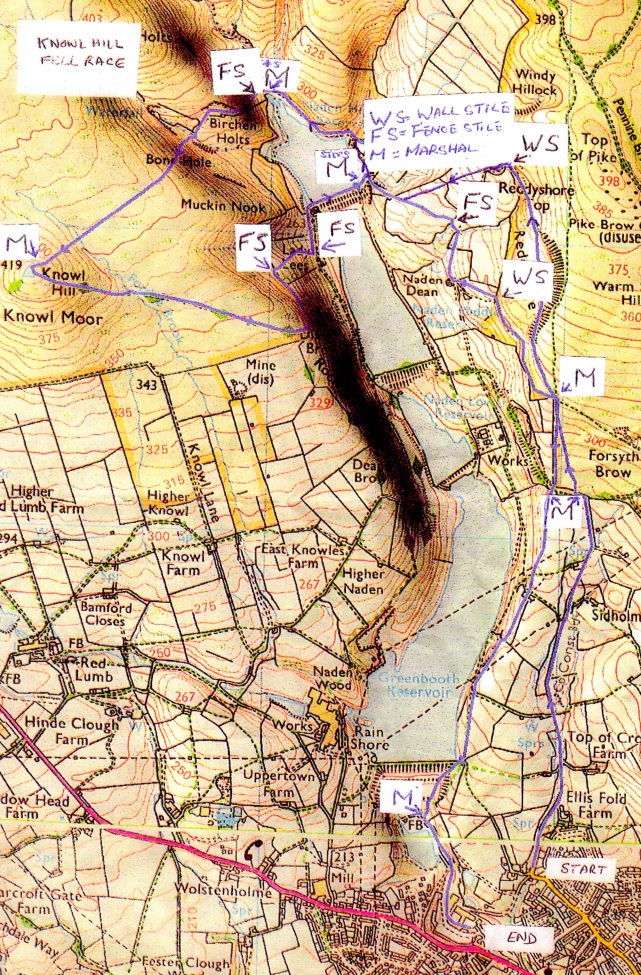 After descending Knowl Hill follow the usual path, then left just before the wall, and down to the forest known as Lady Lee.  Go over the stile, then instead of heading down over the mud go left and follow the wall with it on your right.  You follow this path, shown below, headed towards the camera: 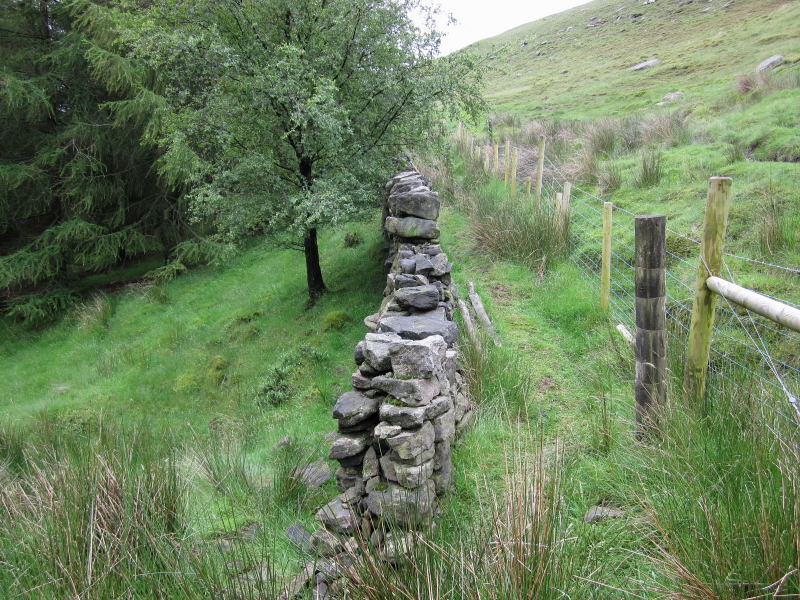 Then head down here, past the two ugly blokes: 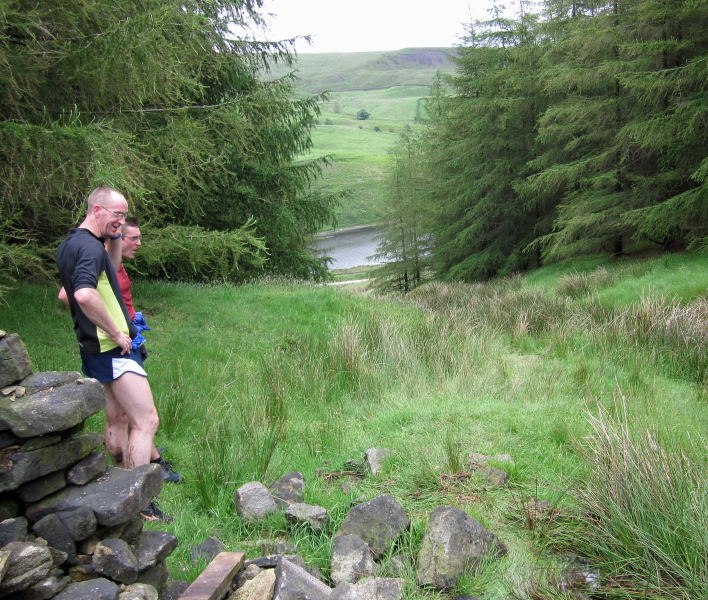 continue down, over the fence, but watch out for the hole!! 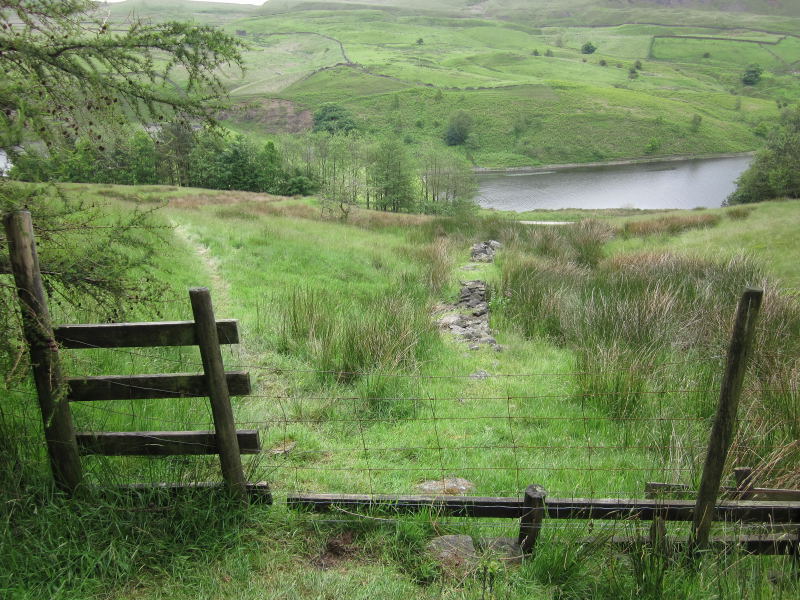